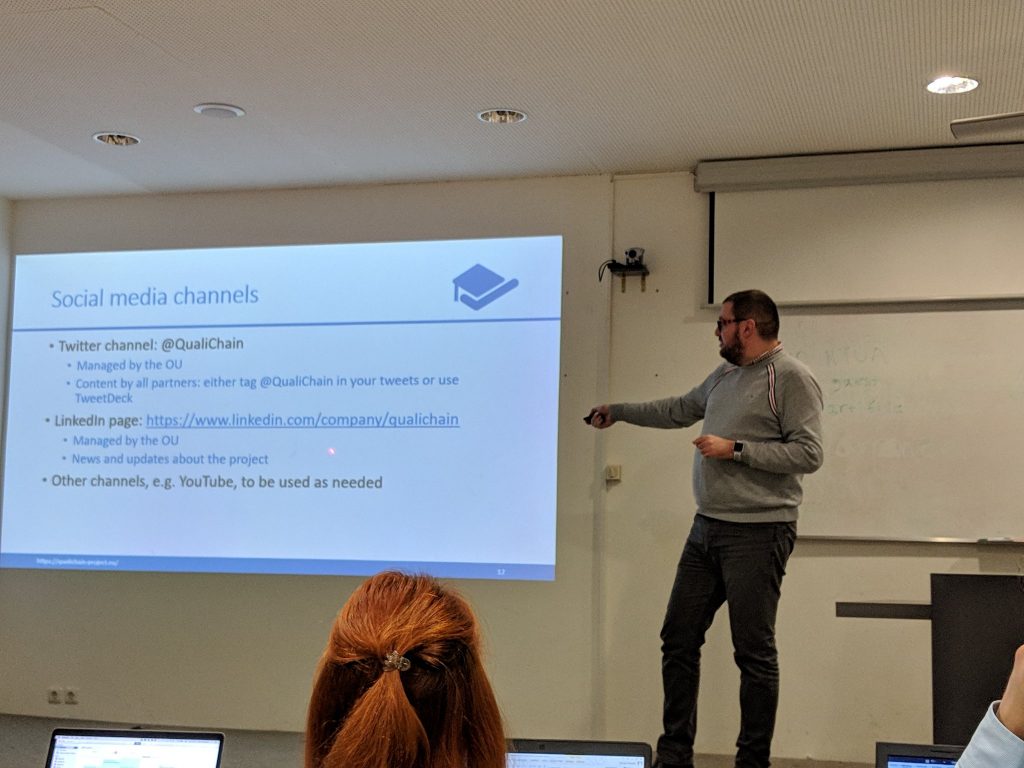 The new H2020 project QualiChain has had its kick-off meeting on January 22-23, hosted by the coordinator partner NTUA in Athens, Greece. QualiChain targets the creation, piloting and evaluation of a decentralised platform for storing, sharing and verifying education and employment qualifications. The project focuses on the assessment of the potential of blockchain technology for disrupting the domain of public education, as well as its interfaces with private education, the labour market, public sector administrative procedures and the wider socio-economic developments.

The Open University (OU) was represented in the meeting by John Domingue, Allan Third and Alexander Mikroyannidis. The OU team will play a key role in the project, leading a core work package and several tasks. The OU team will build upon its expertise from the Open Blockchain initiative to conduct a Landscape Analysis, implement Blockchain technology for storing and sharing education credentials and qualifications, integrate Semantic Blockchains in Ethereum, as well as conduct a pilot for verifying academic qualifications across institutions. OU is also in charge of shaping the overall dissemination strategy of the project.

We expect many great things from this project, so stay tuned!