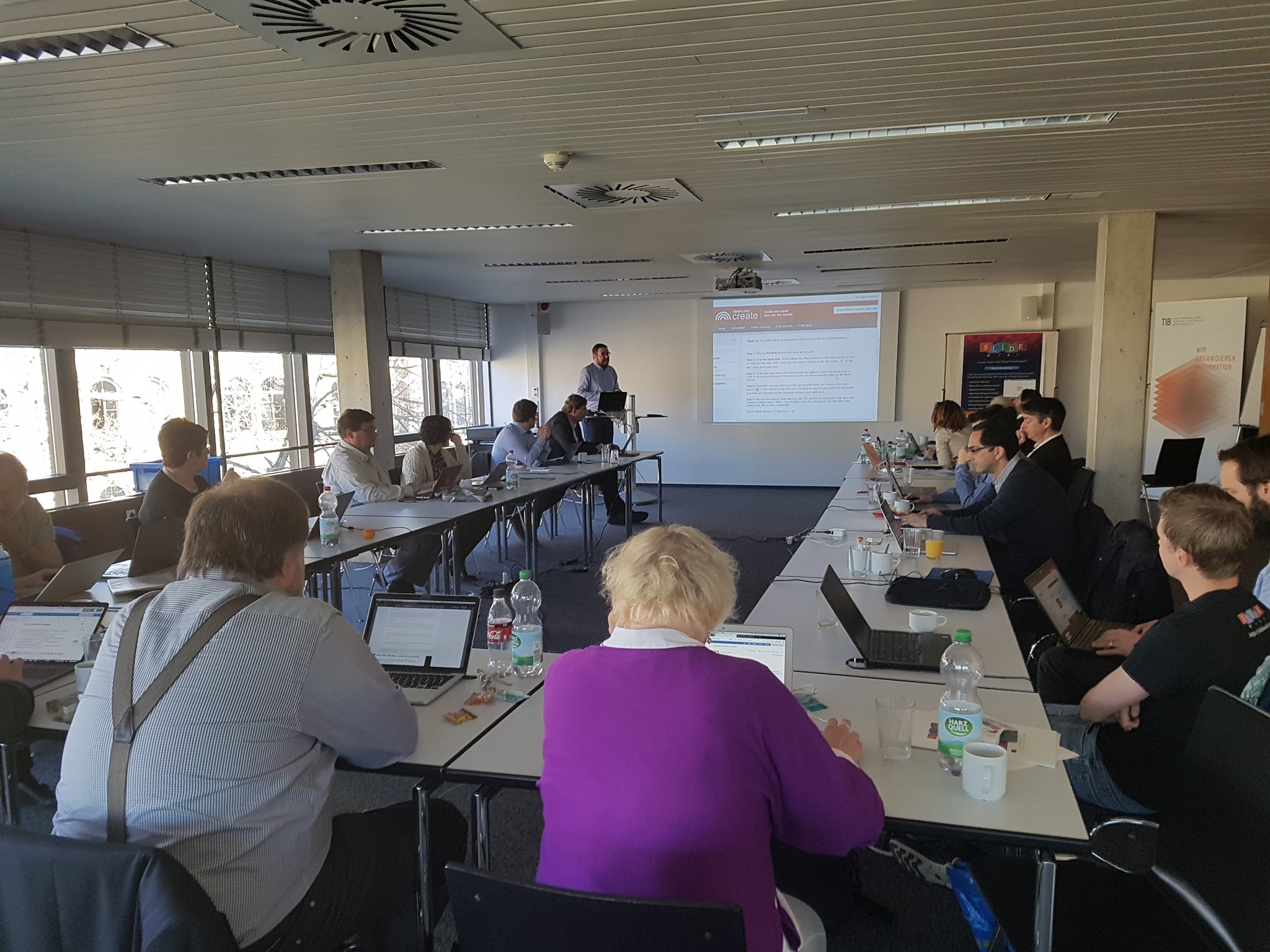 The SlideWiki project has been formally concluded with its final review, which was held on February 27 in Hannover, Germany. The project has developed an open-source platform for collaborative authoring of educational content, where the effort of the creation, translation and evolution of highly-structured remixable content can be widely shared and crowdsourced. Similarly to Wikipedia for encyclopaedic content, SlideWiki allows to collaboratively create comprehensive learning materials (curricula, slide presentations, self-assessment tests, illustrations etc.) in a crowdsourcing manner.

The Open University has played a key role in the project, leading two work packages. Allan Third has led WP5, which concerned the integration of the SlideWiki platform with major educational platforms, including Learning Managements Systems such as Moodle. Alexander Mikroyannidis has been in charge of WP9, coordinating the piloting and evaluation of the SlideWiki platform within the open education community. Both work packages have been instrumental in the success of the project and have contributed to its rich legacy.